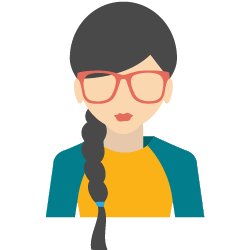 Whether you need to travel for business or family reasons, or you just love visiting new places, planning a trip can be the least fun part of the process. A strong planning process can take the stress out of creating your perfect itinerary. We can help you to plan the trip of a lifetime. Our posts cover every topic from accommodation to transport, or from eating out to entertainment. Read on to find travel tips that can make the process as easy as possible, as well as ideas to make your trip as much fun as it can possibly be.

Whilst some tourists choose to explore Kangaroo Island by themselves, there are many situations in which it's best to go on a Kangaroo Island tour that is led by a professional tour guide. Here are two of those situations.

If you have a limited number of days in which to explore this island and are hoping to see as many of its attractions as you can, then it's best not to visit it alone but to go on a guided tour of it instead. The reason for this is that firstly, even though this island isn't very large, it has a lot of attractions, including the Penneshaw Penguin Centre, Little Sahara and Hanson Bay Wildlife Sanctuary, to name just a few. And it can be challenging to squeeze in visits to all or most of them within, for example, two days unless you go on a guided tour.

If you rent a vehicle and explore this place by yourself, there's a good chance you won't have time to see everything you had hoped to see. For example, due to not being familiar with the island's roads and the routes from one area to another, you could take a wrong turn when travelling to an attraction and end up losing out on an hour of the day, due to getting lost. Similarly, if you aren't strict about the time you spend at each place on the island, you might spend too much time at, for example, Vivonne Bay and find yourself without enough time to visit the seal conservation park afterwards, before you have to take your car to the ferry.

Conversely, because those who provide guided tours of this island know it like the back of their hand and have an itinerary that accounts for the time it will take to travel from one place to the next, and which includes a specific period of time that the group can spend at each attraction, the chances of you missing out on seeing a part of the island you are interested in will be extremely low.

If you cannot drive, taking a guided tour of this island is undoubtedly going to provide you with a better experience than exploring it on your own by foot or by bicycle. Although there are plenty of trails on the island, that you will probably travel along during a guided tour, hiking on them by yourself could be risky, exhausting and challenging. For example, whilst a tour guide will know which of these trails are the easiest and most scenic, you might end up taking ones that you're perhaps not fit enough to comfortably hike along or you could unintentionally take one of the longest trails that results in you having to walk for an extra 40 minutes to reach the next attraction.

Additionally, if the weather gets stormy whilst you're being led around the island by a tour guide, they'll know which cafe or restaurant is closest, that you and the rest of the group can duck into whilst you wait for the storm to pass. In contrast, if it gets stormy when you're walking around by yourself, you might struggle to locate an indoor place in which to take shelter and might end up soaked and shivering by the time you get to the next attraction.

If this interests you, find a Kangaroo Island guided tour today.